A Heartwarming Story Of a Man and His Best Friend: His Cell Phone

Gather Round and hear the true heartwarming story of a man and his cell phone. A story that is so incredible, that you may have a hard time believing this is true story. But it is.

December 2nd 2002 in the Metro Cleveland Ohio area was a blustery cold day. A weird day. By Northeastern standards, not that cold or miserable, but the timing of the snow storm was odd - starting in the middle of the day leaving it nearly impossible for the salt trucks to get out on the roads. There were so many cars out, slipping and sliding, blocking the roads for the salt trucks.

As I left my guitar teaching job at The Fine Arts, I realized I had misplaced my cell phone. I looked everywhere twice, but to no avail. I got in my van, checked it out many times without finding it, so I proceeded home. Checking at home, to my dismay I still could not locate the cell phone. I called my cell phone provider reported it lost and they told me my next phone would cost me $120.00 to $180.00. That aggravated me and I thought what rip offs! But I also knew I was stuck because I had signed a contract. Finding the cell phone would save me from having to buy a new one and all would be well in the universe, once again.

The next day at work I looked everywhere, but couldn't find it. That evening I played out at a coffeehouse and was standing in the parking lot after the gig, talking to a guy who likes to talk politics. I was kicking the ice and snow off my van when all of a sudden there was the cell phone frozen on the side step of my van(the thing you step on to get into the van). How did this happen? It must be broke. I took the phone into the van by the heater and in about 1 minute it was working again. I got reactivated and everything was back to normal. How did this miracle happen?

Retracing my steps in my mind, I thought, "Let's see - it was a cold blustery day and as I put my books and guitar in the van, the cell phone obviously fell into a pile of my snow on the side board. Then because of the poor weather and the slippery roads, I took the slowest way home to avoid the freeway. Travelling 15 miles an hour all the way home, the cell phone rested secure in the pile of snow on the side board, since I was going so slow. When I pulled the van into my drive, I left the car out in the cold causing the cell phone to freeze to side board. With more snow packing it in and freezing, it even became more solid. I went to work that day and drove on the freeway at 55 miles per hour, with my cell phone stuck to the side.

The moral of the story. I don't know, but maybe, just maybe when you think all hope is gone and you think maybe all is lost, there is always a chance your cell phone could be stuck frozen to the side of your car. No, that's not the moral. Maybe these companies should just give you another cell phone; no, that's not it either. Just maybe - can't we all just get along? That still doesn't work. Maybe this cell phone was preserved for a reason, and there is a destiny with me and this particular phone. I doubt that. I really don't know what the moral is, but it is pretty amazing, at least to me. As the cell phone representative said to me (I won't mention the name brand because this is not an advertisement), that brand of cell phone is sure tough. 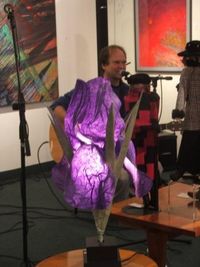 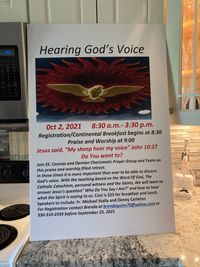 Denny Carleton and Father Stalla will host a retreat about hearing Gods voice . Journaling will be involved . Lively contemporary Christian Music and adoration. More info and a flyer contact brendaquinn70@yahoo.com 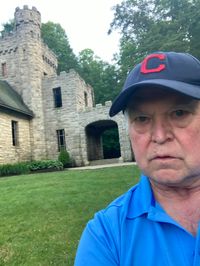 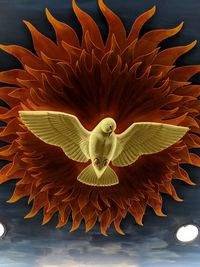 Charismatic Prayer Group.Denny Carleton and Tony Marra lead Praise. Father Stalla leads once a month Gerry Wroebel once and Denny the other two. If you would like to be on our mailing list for info on seminars , healing, music, or prayer requests email dennycarleton@sbcglobal.net