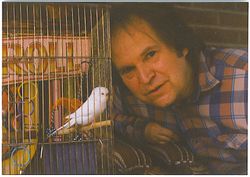 Charismatic is a term used to describe Catholics who have the experience of being "born again" (as referred to by Jesus) not as a mere description, but rather a lifestyle. Some perceive it as a Pentecostal version of Roman Catholicism. It is a movement within the Catholic Church which encourages the "charisms" of the Holy Spirit, which includes using literal spiritual gifts which are indicated in the Bible (1st Corinthians 12) The terms "Renewal" and Charismatic" are often used both interchangeably and simultaneously..

Ralph Martin's book, Unless the Lord Build the House, states that our Baptism and Confirmation has to be affirmed as adults, saying yes to God, His promises and His words in sincerity, not just as an external ceremony. This as well as what is described in the previous paragraph provide a general but fundamental understanding of what a Charismati Catholic is.

In the 1970's, the Charismatic Renewal bore little resemblance to the Church as we know it today. Rove v Wade had not taken effect and we were coming from a decade of the Vietnam era and Civil Rights movement. The Charismatic Renewal took place after Pope John XXIII had prayed for a new Pentecost during Vatican II. Catholics began to experience the baptism of the Holy Spirit as the apostles had as described in the Book of Acts. This manifestation was the answer to Jesus' prayer for unity and the Vatican Council affirmed and promoted that prayer. Hence, there was a great emphasis at that time on Ecumenism, focusing on what united us rather than divided us..

The charismatic renewal continued to grow, but there was a turning point as some of the leaders wanted to set up stronger commitments. To give you an idea, one of the suggestions was that we should live totally communally (which I did in 1973). During this time, various groups began to 'shepard'. You were to submit to the leaders(shepherds) who will help guide your decisions for your life, which basically divided the Renewal process and it morphed into small home groups.

Amidst these changes, I left the Charismatic Renewal, becoming a non-denominational Christian... I wasn't very good at it. I bounced from Church to Church, often disagreeing with doctrines that I heard. It was specially difficult for me as a songwriter a free spirit, and artistic temperament trying to fit into these various Church backgrounds.

While working at Zondervan Family Bookstore in 1979, I was surrounded by every type of doctrine know to man. I found out not all Christians are patient and met some people with some serious mental problems who were tormented by the division between their families, the Catholic Church as well as Non-denominational Churches. It proved to be a major decision for me, because it helped drive me back to the Catholic Church where I have been able to be a better Christian to all. Overall, it proved to be a positive experience and I met a lot of nice people.

In the 1980s it was common for Frs. Kraker and Bober from St. Felicitas to have a Healing Service (I played music for the Servic and led the Prayer meeting), and would lay their hands on the people in prayer (a practice described in Scripture); some individuals would "rest in the Spirit"I (the body would relax and be in total peace, during which time the Holy Spirit ministered to the person). I've learned a lot of that from my time in the original Charismatic Renewal back in a day when we weren't so divided.

Since that time, have been involved in the Charismatic Ministry in various ways. In 2005 through to today 2015, I played lead guitar at the Fest, a Catholic music festival which is Charismatic in nature, which typically draws 25.000 people from all walks of life. Curently I lead Worship for Life Teen, a true blessing for the Church [see schedulded events] and play at Sts. Cosmos and Damian, a Charismatic Catholic prayer group. [see scheduled events] We do a lot of praying at Cosmos and Damian for healing plus travel throughout the Catholic dioceses doing Festival of Praises at various Churches. Additionally, we do a prayer group once a month at the Center for Pastoral Leadership [see scheduled events].

Like others who take the Born Again experience and Confirmation seriously, I am able to connect with many non-Catholics. The best advice I've heard was from Ralph Martin who said we should love our Churches or Parishes in a a way that anyone would understand. So instead of preaching to the Church about having more contemporary music, or more overt preaching of the Gospel, try to find a way to serve and let your life be an example.